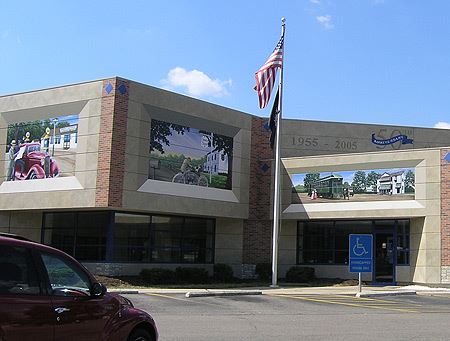 A series of murals on the Fairfield Post office honors Fairfield’s past and is a legacy project from Fairfield’s 50th anniversary celebration in 2005. Nationally known mural artist Eric Henn transformed the conservative design of the federal building into a three dimensional work of art depicting Fairfield landmarks as they appeared in the early days of the City’s history. Check out Post Office Murals Depicting Fairfield Heritage (PDF) to learn more about each mural.